VIRTUAL ART IN THE CITY

CELEBRATE THE ARTS WHILE APART!

We’ve got a lineup here that won’t disappoint! From local musicians and actors performing, to crafts in nature, to a dance lesson live from inside the Dayton Arcade!

Each video will go live at the times designated below, but if you miss it, don’t worry -- the links will replay for you on demand after their original recording time

More Art! - Back to Virtual Art in the City Main Page

Scroll down for the Patios Unplugged schedule!

Marsha presents “Collage with Me” - a children’s collage demonstration 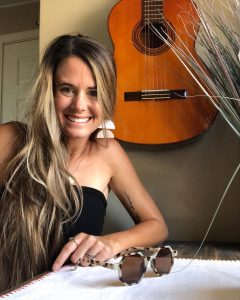 I plan on doing a live stream performance (guitar and vocals) of a few originals and some covers that I feel like are important in this season we are all in.  I'll be doing the live stream from this platform at 12pm: https://www.facebook.com/abbeyeb/ 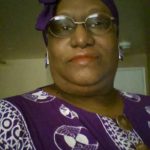 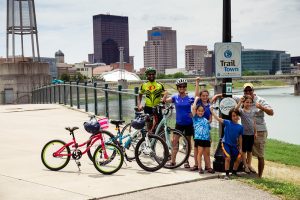 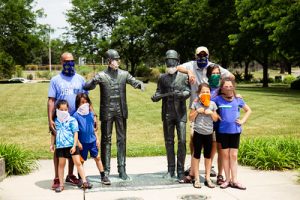 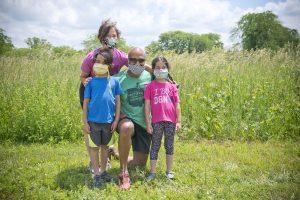 Five Rivers MetroParks invites families to explore nature through an artistic lens.
Experience the sights and sounds of nature, learn about local wildlife and join us in creating wonderful
crafts that encourage sustainability and use of natural materials. You’ll also get a special peek at some of
your favorite urban parks, greenspaces and gardens.
Additionally, learn more about virtual, take-home and independent use activities that MetroParks is
providing this season.
www.metroparks.org/natureisopen 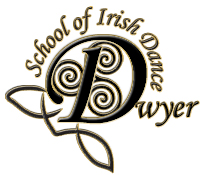 Dwyer School of Irish Dance presents a performance at the Dayton Arcade and a how-to class.
https://www.facebook.com/dwyeririshdance/

Our mission is to develop well-rounded dancers by providing a positive, supportive environment that promotes Irish culture and offers quality instruction in the artistry and athleticism of Irish Dance. We offer a competitive and recreational Irish dance program in which dancers can reach their full potential while training in this intricate form of dance.

Kimberley will be showing aspiring local musicians how to find and choose the best free music software to get started making music.

Kimberley Harris Bio
Kimberley is a songwriter, composer and music plugin aficionado. A native Daytonian, she has been playing keyboards, acquiring new plugins, and failing to finish tracks at home for more than 30 years. She loves all things tech, especially music software. 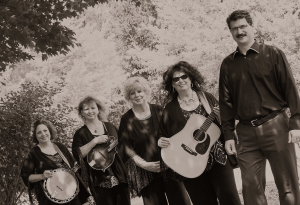 "Berachah Valley brings to their performances a true spirit of fun and tradition along with inspiration that reaches out beyond the music. We love having them on the World's Original Wheeling Jamboree USA!" - D. Heath / Exec. Dir, Wheeling Jamboree, Inc.

Berachah Valley was created in the spring of 2005 when a few friends came together searching for a place to play traditional bluegrass, gospel, and traditional renditions of current favorites. Audiences quickly see the result is a uniquely smooth combination of musicianship and  female vocal harmonies influenced by the recordings of  The Isaacs',  The Forbes Family, Emmylou Harris, The Whites,  and other various artists. 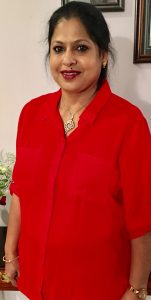 Guided meditation - into the healing arts with Heartfulness Dayton
https://www.facebook.com/heartfulnessdayton/?ref=br_rs

Five Rivers MetroParks invites families to explore nature through an artistic lens.
Experience the sights and sounds of nature, learn about local wildlife and join us in creating wonderful
crafts that encourage sustainability and use of natural materials. You’ll also get a special peek at some of
your favorite urban parks, greenspaces and gardens.
Additionally, learn more about virtual, take-home and independent use activities that MetroParks is
providing this season.
www.metroparks.org/natureisopen 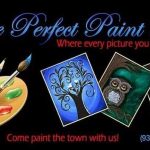 Paint at home with Picture Perfect Paint Parties
*didn’t snag a free kit? You can still follow along with your own supplies at home!
https://us02web.zoom.us/j/85964572107 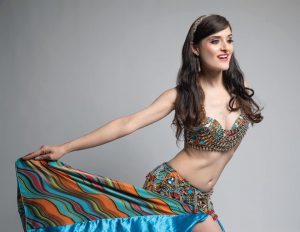 Bronwen is a professional Middle Eastern dance artist, choreographer, instructor, and RYT 200 (Registered Yoga Teacher) from Dayton, Ohio. She holds a Fine Arts degree in Theatre and is also the director of award winning Middle Eastern Dance Company: Banat Alexandria. Bronwen’s dancing has been featured on the PBS Series The Art Show, and in the magazine The Belly Dance Chronicles. She was recently chosen to teach Belly Dance at the Virtual 2020 Ohio Dance Conference in April. She teaches and performs all over the Midwest and beyond. Like and follow Bronwen Dancer and Belly Dance By Bronwen on Instagram and FaceBook. 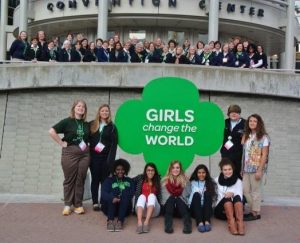 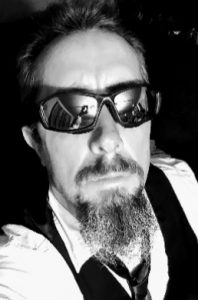 Enjoy a virtual live concert with A Guy and a Guitar
https://www.facebook.com/DreamlandGuitarsWorks/ 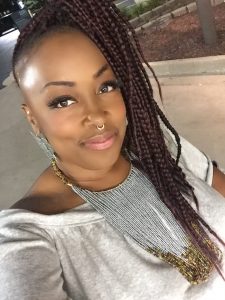 BIO
Anyone that knows Billi will attest she has a “voice” to be reckoned with! One of her proudest moments came when she released her self-titled debut album “Billi Nicol” in 1999... a feat many thought a teenage mother could never accomplish. Crowned as Wright State University’s own “Funky Diva,” she was literally discovered on campus after a talent show in the infamous Student Union. Her tenacity empowered her to realize this dream, while simultaneously being a full-time college student & working mother. Hailed as one of Dayton’s true musical gems, she’s appeared on stages all over the region and beyond - opening for iconic hip-hop group “The Roots;” being cast in UD Theatre Dept’s production of Nina Simone’s life “Eunice: Star Shine and Clay;” & coming face to face with her favorite artist, Jill Scott, serenading her with a special vocal tribute, just to name a few! She served as a spokesperson & blogger for Carol’s Daughter, a top selling international women’s hair care & body products’ company, inspiring naturalistas worldwide with her “Real Life Diaries” entries detailing her natural hair journey. Over the past 5 years, she’s allowed her voice to be heard in a different manner. Adding SURVIVOR to her list of personal accomplishments, she’s become a fearless, faith-filled advocate for the University of Cincinnati’s Neuroscience Institute, changing the “face” of brain tumors by increasing awareness & garnering financial support for research & a cure. Using her gift of song as a tool to raise awareness, she was the first featured vocalist in the Mayfield Foundation’s “Art & Science of Healing” annual event and the first person to sing the National Anthem at UCHEALTH’s Annual “Walk Ahead for a Brain Tumor Cure 5K!” Billi earned her B.A. in Communication Studies from Wright State University in 2000. In her spare time, she enjoys spending time with family, close friends, volunteering, performing, traveling, cooking, supporting the arts, public speaking and changing the looks & lives of women as an Independent Mary Kay Beauty Consultant for the past 18yrs. A proud, faithful member of The Omega Baptist Church, Delta Sigma Theta Sorority, Inc & a native Daytonian, Billi currently resides in Harrison Twp with her husband of 20yrs, Toby Ewing & 3 beautiful children, daughters Tobi, 27; Braelyn, 17 and son, Trenton who is 10yrs old. 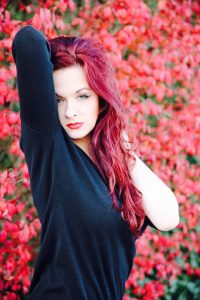 A former Miss Ohio titleholder and OSU alumni, Alyssa is a classically trained singer, writer, and multiinstrumentalist with a voracious passion for the arts and music in all capacities. From operatic arias to ambient soundscapes, her tastes and influences
are inspired by a variety of genres and reflect a multifaceted professional and artistic background. A Florida native, Alyssa was raised around sound as a music minister’s daughter. Applications in the performance arts pepper her childhood throughout cathedrals, churches, black box theatres, and casual dinner conversation. Her affinity for the arts remained through Disney internships, college degrees and pageant titles, manifesting in a year-long cross country tour as co-writer and lead singer for Red In The Water. The group released an EP titled “Chasing Change” and she then returned to her roots, hosting The Musician’s Co-Op earlier this year. Other projects have included Blackbirds, an Americana/folk band based out of Nashville, and OPA alongside local musician Kevin Milner and Andrew Holquist, a jazz guitarist and her accompanist. Their EP, Stargazing, is set to be released in Spring of 2020. Adamant about the value of music and art in everyday life, she creates under the philosophy that “It an artist who gives meaning and sentiment to the human experience....we who carve the marble angels in un-carvable stone. And it is our responsibility to carry out the vision..until the world sees the angels, too.” 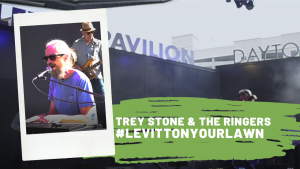 Enjoy Levitt on YOUR lawn with Trey Stone and the Ringers!
https://www.facebook.com/events/2699596570362220/
or on Youtube at
https://youtu.be/qksqxpKzoRQ

Funky, cool, fun, and rootsy, Trey Stone & The Ringers are a veritable who’s-who of Dayton music. The band began when Trey moved to Dayton in 2011 and began performing his New Orleans-inspired originals at the venerated Canal Street Tavern. From there members gathered, and the band is now a nine-member powerhouse, featuring players from several other well-known area groups, as well as current and former members of the Dayton Philharmonic and the Air Force Band of Flight. The center of the band is Trey’s skilled piano, influenced heavily by Dr. John, Allen Toussaint, James Booker, and the other great piano professors of New Orleans. Backed up by the great rhythm players from the area, as well as a three-piece horn section, Trey sings both his many originals, and sprinkles in a few numbers from America’s rock-and-roll and R+B past. You'll want to put your dancing shoes on! 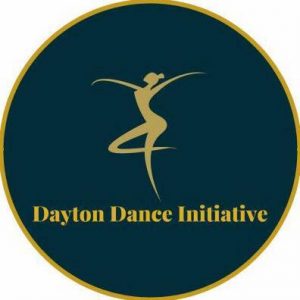 Dayton Dance Initiative is a dancer driven organization committed to bringing our community together through dance. The artists leading our Moving Strong online production are :

If you would like to make a donation and support our local artists please visit us at: https://www.daytondanceinitiative.com/support-us 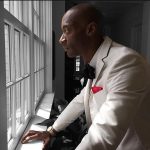 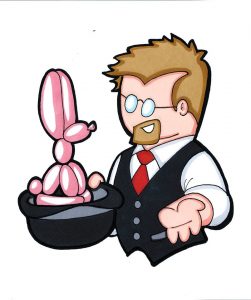 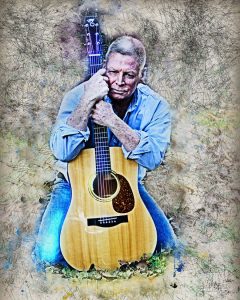 Keith Lykins’ music could best be described as
Tommy Emmanuel meets Jon Bonham. Playing
the 9-string Drum Guitar as well as 6 string
guitar, he is a consummate guitarist, singer and
seasoned entertainer. He performs a wide but
cohesive mixture of cover and original music.
From rock music cover tunes performed in a
truly novel way to Arabic, Afro-Cubano,
Turkish, World Music, Blues and Acoustic
Percussive Guitar, his music shines its way
through unexpected gulfs and valleys of
emotion.

“Amazing! I thought I was listening to two
guitars and a tabla. Imaginative and evocative
writing. Stellar technique. A plus stage
presentation. Keith Lykins should prove to be a
tour de force in the acoustic music arena.” Jason
Dudas, Executive Director, TBNK, Covington
KY

His lyrics have an urban-bluesy sound that are
framed by the rich sounds of his finger style
string picking and the rhythms of his slap
guitar…a new sound in percussive folk that
includes dense finger style string work with
layers of percussion knitted together with his
own original lyrics.” Terrilynn Meece, Program
Coordinator, Troy Hayner Cultural Center 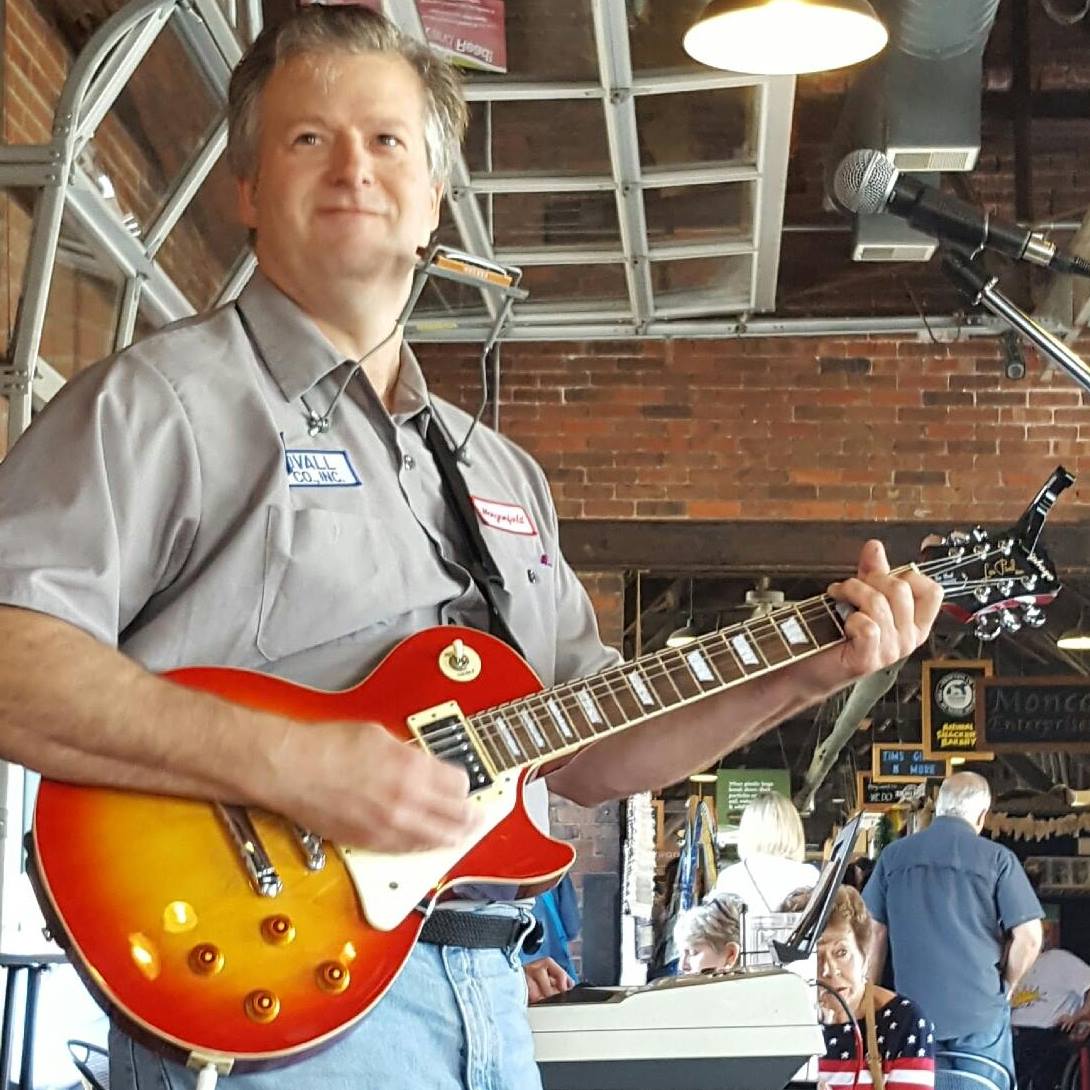 BIO
Harmonica Neil grew up on the Southeast Side of Chicago during the 70’s and 80’s, exposed to and deeply affected by the Blues, classic Top 40 radio, and an era in which live music was still considered essential for personal enjoyment and social celebrations. These roots, especially that artistic transformation of shared suffering known as the blues, continued to inspire and influence him even as he was unexpectedly transplanted to Dayton a half decade ago. The roots continue to bear fruit for Neil, as he performs American Roots Music, classic rock, and thoughtful, groove-based original songs, either in one-man-band or duo or trio arrangements. Need a musical lift? Need to blow off some steam? Check out Harmonica Neil, either live or virtually, for timeless music, passionately performed, and catered to our turbulent, challenging times. 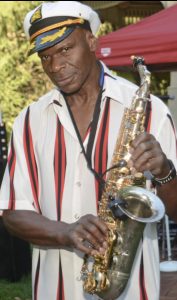 Back to Virtual Art in the City Main Page

Virtual Art in the City is presented by the Downtown Dayton Partnership as part of the DP&L Summer in the City, and sponsored by DP&L and Dayton.com, with support from the Ohio Arts Council.

Virtual Art in the City Partners