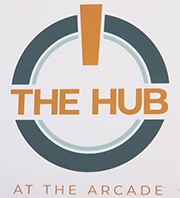 Up to 50 new offices and a new classroom could be coming soon to The Hub Powered by PNC Bank at The Dayton Arcade. The planned addition would allow up to 180 companies to operate from inside the space. Currently, there are 130 companies that already are working out of The Hub, which is a collaboration between the University of Dayton and The Entrepreneurs’ Center. The proposed classroom would seat between 70 and 100 people while overlooking the iconic Arcade rotunda. Once approved, the project is expected to be completed by the end of this year. Demand for space at The Hub has continued to grow since its opening in the spring of 2021. The number of single offices in the Hub has nearly doubled from the original amount, and the University of Dayton now expects about 400 students to use classrooms in the Hub throughout 32 classes this semester.