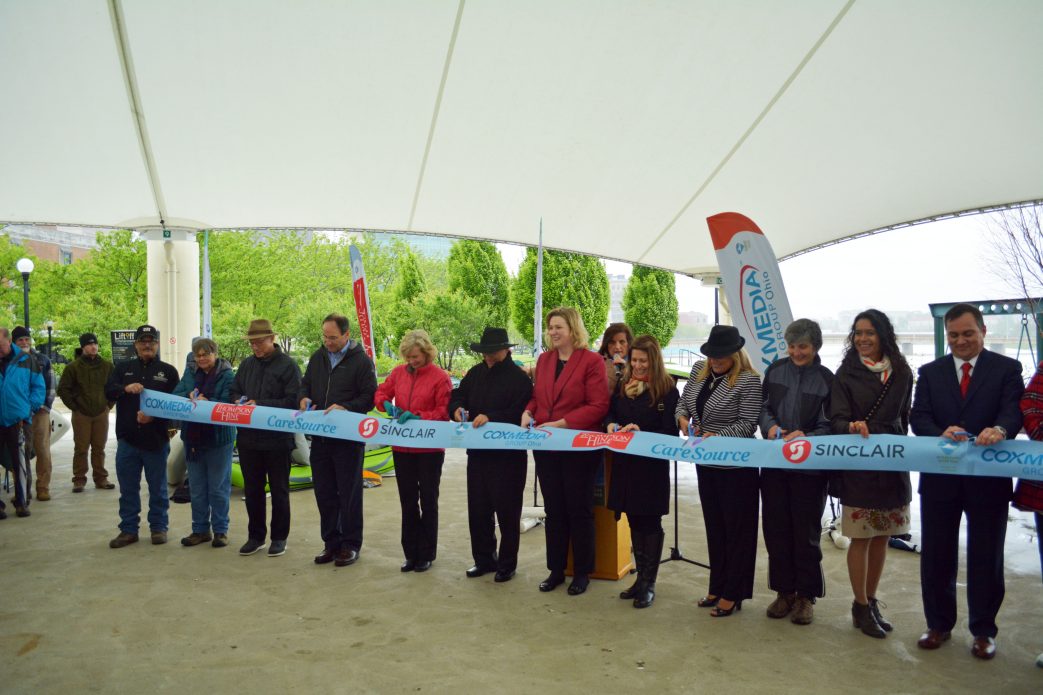 The new RiverScape River Run outdoor recreation amenity officially opened to the public with a grand opening ceremony held on May 5, 2017.

The $4 million project, which was nearly entirely funded by private and community donations, has eliminated the hazards associated with the low dam and created a passages for recreational paddlers and a whitewater play chute for kayakers. The structure includes two in-river features with smooth-water and whitewater passageways spanning the Great Miami River. Bank stabilization efforts will improve the health of the river, which is likely to positively impact riparian habitat and the fish, birds, and other wildlife. River accessibility also will be enhanced with put-in and take-out locations along the river.

RiverScape River Run opens the downtown river to a seven-mile paddle from Eastwood MetroPark on the Mad River, through downtown to the Carillon Historical Park and University of Dayton area. The project also allows people to fish, sunbathe and enjoy the river downtown in new ways.

The greater Dayton community raised $4 million to fund this project, identified as a high-priority project in the Greater Downtown Dayton Plan. The James M. Cox Foundation issued a $1 million challenge grant for the River Run project; plan leaders raised $3.8 million through corporate and foundation support; and the remaining funds were raised through a public campaign. 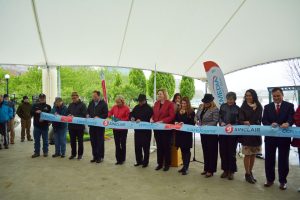 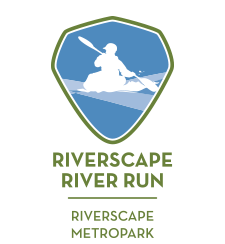 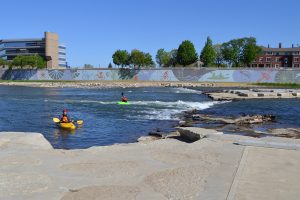