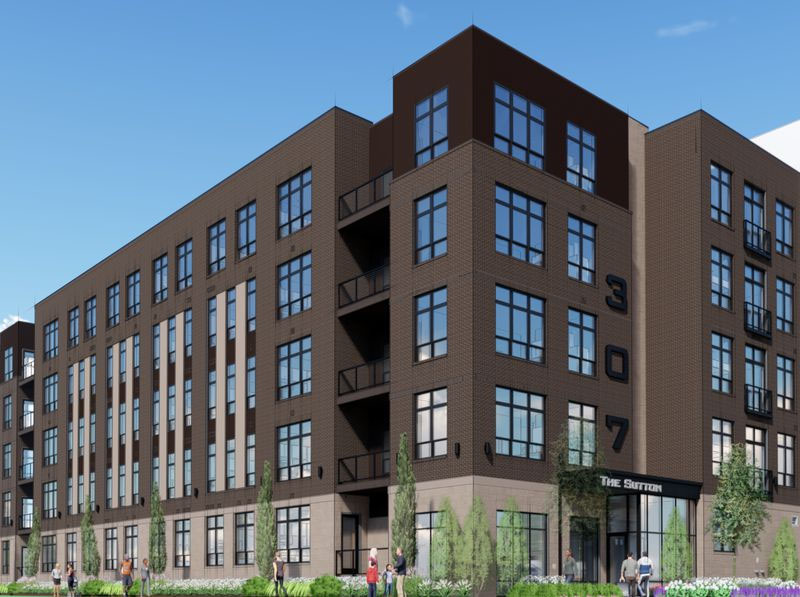 Real estate developers Crawford Hoying and Woodard Development have announced plans for a new five-story apartment building called The Sutton to be built at 307 E. First St. in downtown Dayton. The nearly 48,000-square-foot building will be home to 47 one-bedroom units and 24 “micro units” and is on the same block as the Delco Lofts – which also were developed by Crawford Hoying and Woodard Development – and steps away from the Dayton Dragons’ Day Air Ballpark. The Sutton also will have a fitness center and 1,800 square feet of outdoor patio amenity space. Construction on the apartments is expected to begin this year, with a projected opening in the fall of 2022. Crawford Hoying and Woodard Development currently are constructing a six-story apartment building called The Monument across from RiverScape MetroPark that will have more than 120 apartment units and ground floor retail space.