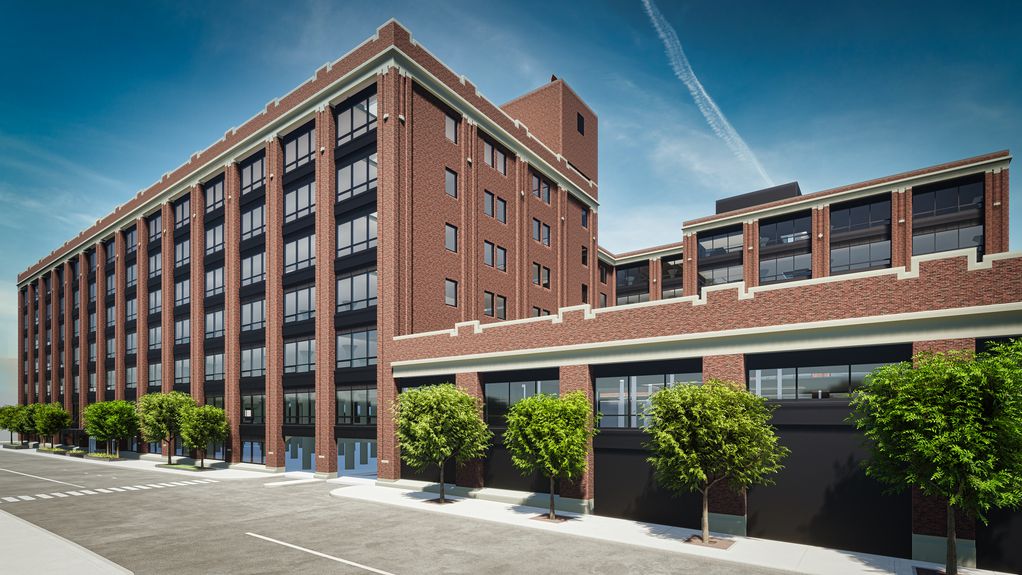 Developer Crawford Hoying has released more details about its plan for The Delco building. Work is currently underway to turn the former Mendelsons liquidation outlet at 340 E. First Street into a mixed-use building with residential space, retail, restaurants, and a parking garage. Floors five through seven of the building will include 160 luxury apartments, 80,000 square feet of office space, and 18,000 square feet of retail and restaurant space. “The building will feature numerous high-end amenities including a rooftop that will feature a pool, lounge area, and an area for outdoor games,” Jessica Rexer, executive vice president of marketing and communications with Crawford Hoying told the Dayton Daily News. “We are incredibly excited to bring The Delco to Water Street District and downtown Dayton.” Last month, Dayton-Montgomery County Port Authority trustees unanimously approved $6 million in bonds for the garage portion of the project, which will make up the first four floors of the building and include 550 parking spaces. Selective demolition and interior work are currently underway at The Delco, which is expected to be compete in spring of 2024.