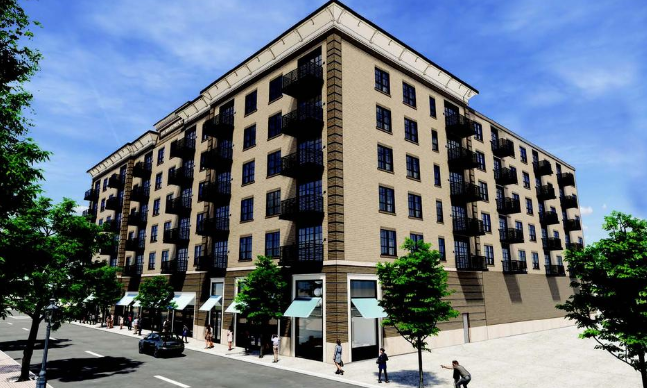 In the past week, development company Crawford Hoying announced two new projects in downtown Dayton: “The Monument” – a 125-unit apartment complex that will also feature first-floor retail space and a parking garage across from RiverScape MetroPark; and “Madison on First” – a mixed-use office, retail and restaurant redevelopment across from the Dayton Dragons stadium. Brackett Builders, a Troy-based construction company who has worked with Crawford Hoying and Woodard Development on several downtown Dayton projects, including the recent Centerfield Flats apartment complex, also announced its plans to move its headquarters from Troy to Madison on First. Work on The Monument is expected to begin in the coming months, developers told the Dayton Daily News, and work is already underway on Madison on First.