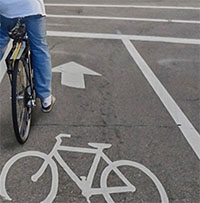 New connections for bike lanes in the city of Dayton will close existing gaps between different destinations. Six projects will add bike lanes, ramps and connectors that will enhance the existing bicycling infrastructure. These include: