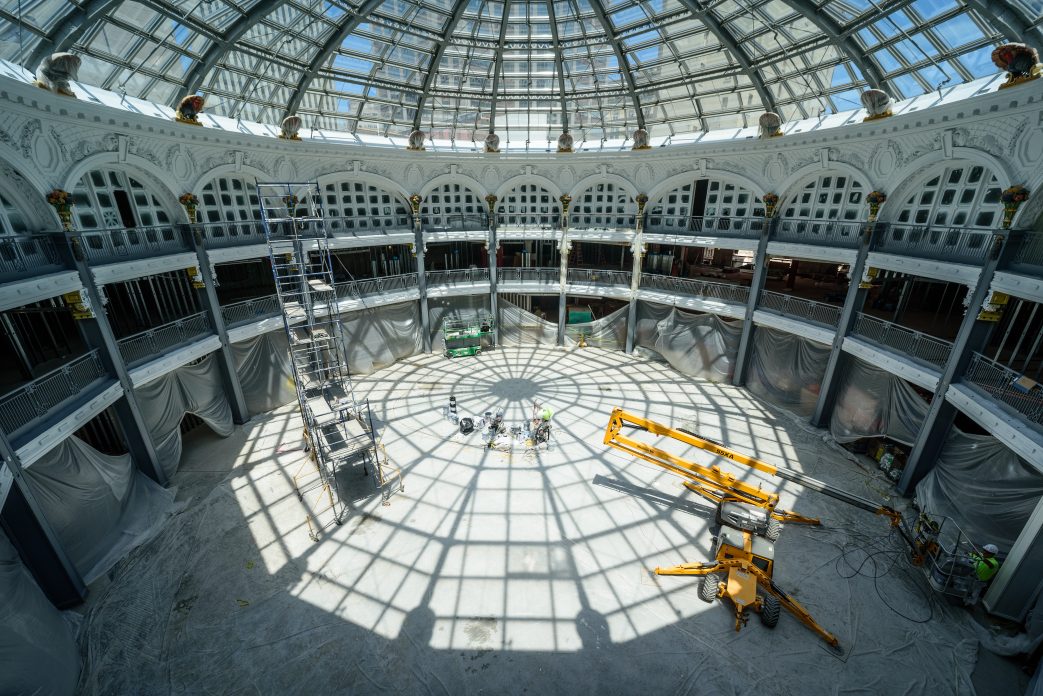 The first phase of the opening of the Dayton Arcade, which includes the office tenants in The Hub – a partnership between the University of Dayton and The Entrepreneur’s Center – has begun. The Hub’s 95,000 square feet of space include offices, shared work space, classrooms, studios, makerspace and more. Tenants in The Hub began moving into their spaces within the past two weeks. A recent Dayton Daily News article included that a majority of apartments in The Arts Lofts should complete renovations by the end of February, and are already accepting pre-leasing applications. Other phases of the Arcade’s opening throughout this year will include additional offices on the upper floors of the Arcade’s redevelopment, retail stores and restaurants on the ground floor of the complex, and the Rotunda.