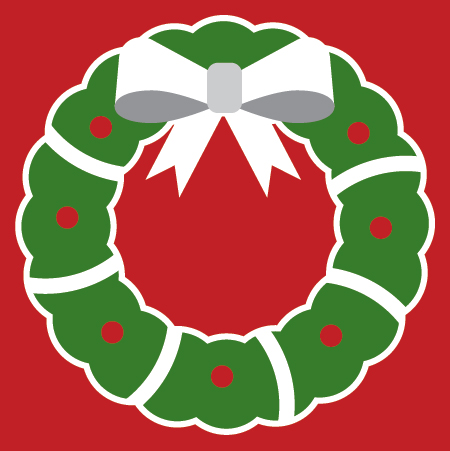 DAYTON, Ohio, Dec. 1, 2021 — This past Friday, Dayton-area families kicked off the holiday season during the Grande Illumination and the Dayton Children’s Parade Spectacular in Lights, but the Dayton Holiday Festival continues to delight with special events and programs in downtown Dayton all month long, just as it has for the past 49 years.

Coming up, the First Friday celebration takes place at businesses throughout downtown from 5 to 10 p.m. Friday, Dec. 3. Kick start your holiday gift shopping with unique and locally made items, enjoy live holiday-themed entertainment, and take advantage of sales events and special offers.

First Friday is also the official start of the WHIMSICAL WINDOWS display contest. Stroll through downtown and view festive window displays. Participating businesses can win a cash prize if they collect the highest votes on Dayton.com’s online photo gallery. Find the elf hidden in each window and snap a pic to enter to win Downtown Dollars! Each picture of an elf in a different window texted to (937) 668-7227 counts as one entry. Visit www.DaytonHolidayFestival.org for more information.

NEW this year: DOWNTOWN JINGLE LIGHTS, the interactive, drive-thru light show, has been expanded to include more streets this year. This year’s expanded route will feature Downtown Jingle Lights along Main Street between Monument and Fifth, Third Street between St. Clair and Wilkinson, and Monument Avenue from Patterson to Main. The free holiday activity invites you to tune your radio to 97.1 FM as you drive the route, and experience an interactive, drive-thru light show, choreographed to the beat of your favorite holiday tunes. Downtown Jingle Lights are presented by the Downtown Dayton Partnership and sponsored by iHeartRADIO, with support from Five Rivers MetroParks. More information, including a map of the route, can be found at DowntownDayton.org/jinglelights.

Also NEW this year, SELFIES WITH SANTA will have the man in red popping up at various locations throughout downtown for photo ops with Santa and his sleigh! Catch him at the following dates and times:

Celebrate the season with families and friends in downtown Dayton during December. The Dayton Holiday Festival’s Family Fun Days, sponsored by AES Ohio and the Downtown Dayton Partnership, include:

Bring the family for fun, festive films. Enjoy the following movies during this year’s series: December 4, The Polar Express; December 11, A Christmas Story; and December 18, Jingle Jangle. Titles subject to change. Free for kids 12 and younger, $2 for adults. Masks required for all film screenings. Proof of COVID-19 vaccination or a negative test from the last 72 hours required for everyone 12 and older. Please stay tuned to neonmovies.com for the latest health protocols. Titles subject to change – call theater for confirmation. (937) 222-8452.

Thru Jan. 2; View in building lobby Mon-Sat, or through windows anytime.

Visitors can view this one-of-a-kind model train display that was given to the community by Mrs. Virginia Kettering. This community treasure has been refurbished thanks to the Virginia W. Kettering Foundation, Schultz Electric Train Layouts & Hobbies and the Miami Valley Garden Railway Society. Use Second Street building entrance. (937) 224-1518.

Experience a reimagining of the Rike’s department store holiday window displays that once stood at this busy downtown corner – but now all indoors and cozy warm. The windows were completely redesigned for the 2019 season and haven’t been seen since. (Not accessible during private events. Call 228-7591 to confirm hours.)

Downtown’s buildings ring with the sound of music during the holiday season. Groups from throughout the Miami Valley perform a mix of holiday selections during the Dayton Holiday Festival’s Noontime Entertainment Program. Starting at noon, performing groups will present their holiday selections as lunchtime entertainment in selected building lobbies. Take a break from your chaotic schedule to get in the holiday spirit and enjoy the carols and instrumental sounds. Each musical group has a unique way to bring in the holiday season and entertain you with an upbeat performance you’re sure to love. Free. 224-1518.

Sheltered under the covered pavilion, the MetroParks Ice Rink sets the scene as a perfect winter wonderland in downtown Dayton. Patrons may skate daily. While the rink is open, you can enjoy delicious treats from the concession area, including a cup of hot chocolate. Take advantage of fun skating activities, such as lessons, themed skating nights and more. Visit metroparks.org/ice-rink to learn more, find daily open hours, and see a schedule of events. Admission: $6 daily; ice skate rental: $2 daily. Ages 3 and under are free with a paying adult. (937) 278-2607.