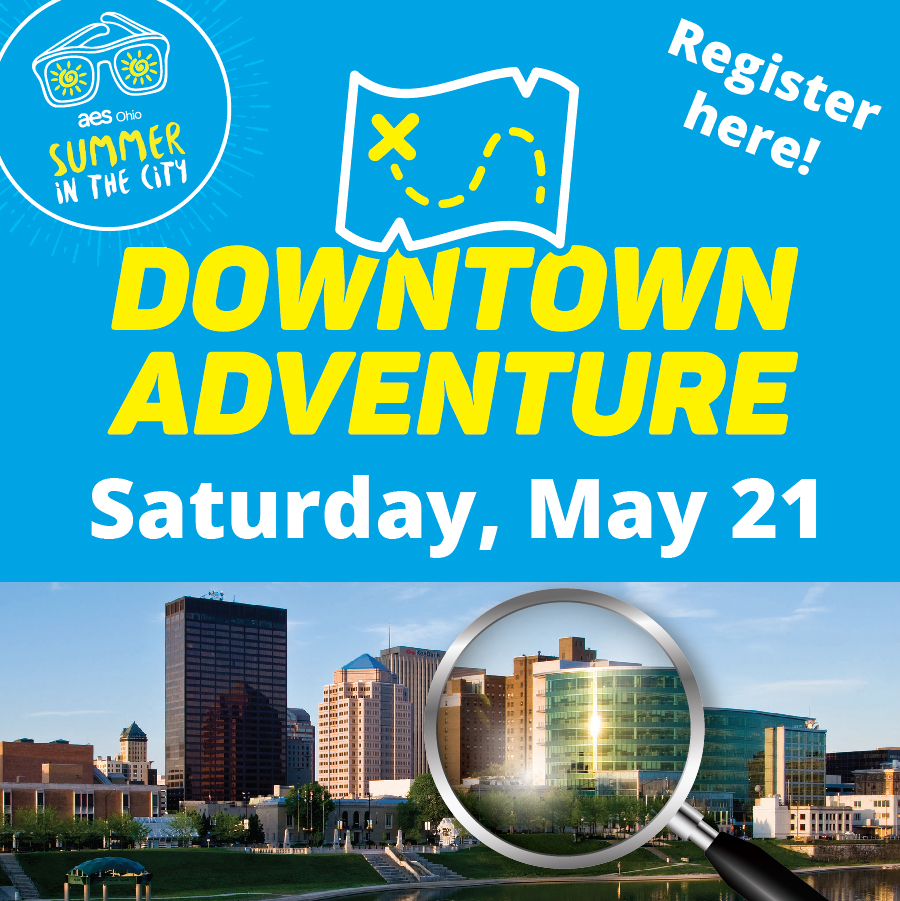 The Downtown Adventure is back later this month as the first signature event of the 2022 AES Summer in the City. Saturday, May 21, adventurers will explore businesses and landmarks around downtown to collect clues and compete for cash prizes. From 11 a.m. – 5 p.m., participants will find “clue stops” around downtown. The three teams with the most clues by the end of the day will win up to $300. A prize will also be awarded to the team with the best costumes as judged by the Downtown Dayton Partnership staff. All participants will be entered into a raffle to win prizes from downtown businesses. Registration for the Adventure is $10 per team, and each team will receive $10 in Downtown Dollars that can be redeemed at more than 80 downtown businesses. The Downtown Adventure is open to all ages and teams can include as few or as many members as you’d like.