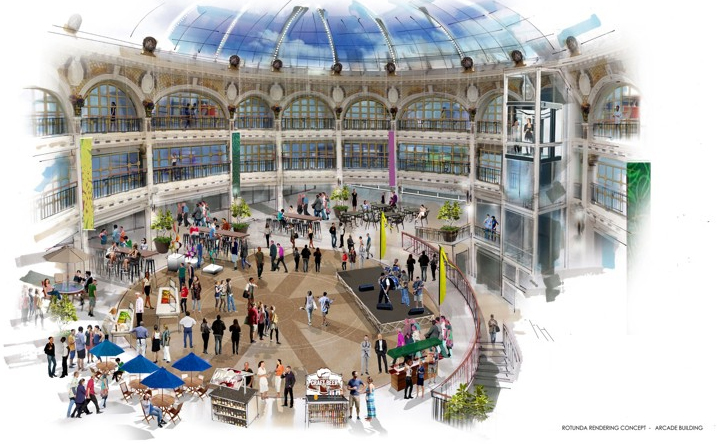 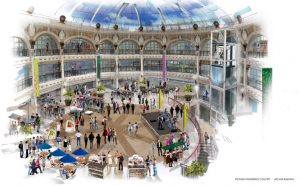 One of Dayton’s most iconic buildings has a new partnership to lead its redevelopment plan. Cincinnati-based Model Group and St. Louis-based McCormack Baron Salazar (MBS) will join Cross Street as development partners for the Arcade. Model Group is a development, construction, and management company that specializes in urban revitalization and has been active in Cincinnati’s Over-the-Rhine neighborhood, among others, for many years. McCormack Baron Salazar (MBS) is one of the nation’s leading for-profit developers and managers of economically integrated urban neighborhoods. Their partnership with Cross Street constitutes an Arcade team with tens of millions of square feet of development experience and an impressive resume in urban revitalization and historic restoration.

The involvement of Model Group and MBS also replaces the role of Miller-Valentine Group (MVG), which announced its withdrawal from the housing portion of the development. MVG has been a critical partner in getting the project to this point and will remain involved as a limited partner moving forward.

Plans for the Arcade include more than 120 housing units for artists and creative professionals, event space, and a hub for entrepreneurs. The project has secured The University of Dayton and The Entrepreneurs Center as anchor tenants. The duo plans to occupy more than 80,000 square feet of space, featuring an innovation hub, which will encourage growth and collaboration among entrepreneurs, start-ups, students, higher education and research institutions and arts, cultural and community groups. The development team continues predevelopment work to move the project forward.

In addition to The Entrepreneurs Center and University of Dayton serving as anchors, local businesses have signed letters of intent to lease space in the renovated Arcade. A second Warped Wing Brewing Co. location would be used for brewing small batch beers and a brew school, Boston Stoker would create a coffee house with on-site roasting and tasting areas, and several other businesses and organizations have plans to locate in the new space.