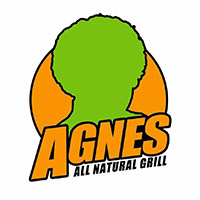 Agnes All Natural Grill, a downtown eatery specializing in Caribbean cuisine, is now open at 416 E. Third St. in downtown Dayton, at the corner of Third Street and Wayne Avenue. Agnes owner Jose Estremera first opened a restaurant in downtown Dayton in 2011, and has since moved to the Dayton Mall, before returning his business back to downtown Dayton and signing a five-year lease at the East Third Street location. The business is named after Estremera’s mother, Agnes, who instilled the love of cooking in her son. The menu features fare inspired by his mother’s Trinidadian roots, including jerk chicken, curry chicken, and brown sugar lemonade. The business is in the process of obtaining a liquor license to sell alcohol, owners told the Dayton Daily News, and plans to offer a selection of drinks, including pairing with nearby business The Barrel House to offer tap beers. Official business hours have not been set, but will be posted on the Agnes social media pages.